The Influence of Jazz on Modern Music 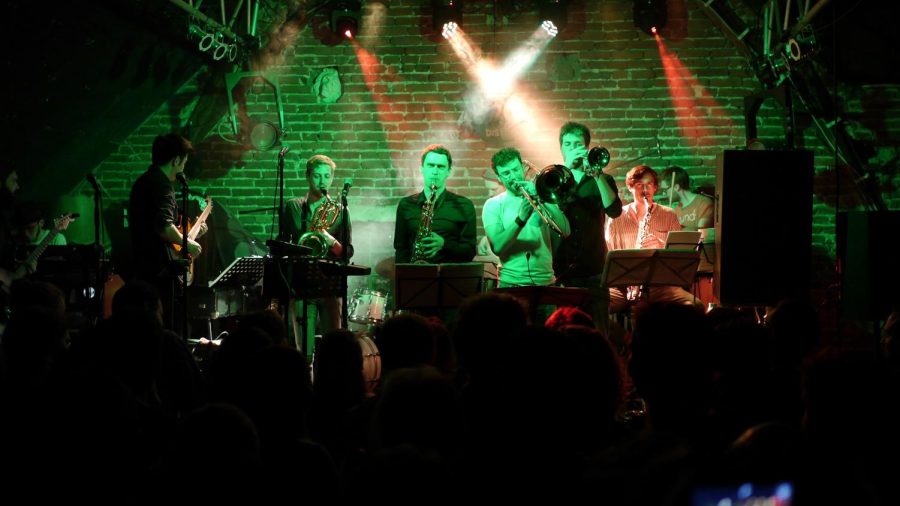 Jazz has severely decreased in popularity since the mid-1900’s, and many people today don’t even try to listen to it. However, many other kinds of music that those same people might enjoy have some kind of heavy influence from jazz. In fact, the vast majority of music from the early-1900’s or later has been influenced or even made possible directly by jazz music, whether the creators knew it or not. Speaking of which, it might surprise a lot of people to know that their favorite artists of their preferred genre might be fans of jazz themselves, and intentionally draw inspiration from it for their own music. All of this can be attributed to its cultural impacts, diversity, and history, along with the actual musical elements of the genre.

The history of jazz is difficult to summarize because there are so many hugely important events over such a long period of time, but it’s still possible. So, the origins of jazz are based in a mix of African/Afro-Cuban traditional music, European classical music, and early American styles (many of which were also made up of the same influences). These elements mixed very strongly in New Orleans, the birthplace of jazz, leading to music such as ragtime, arguably a precursor or the earliest form of jazz. After taking influence from blues music, jazz began to shape itself more and more into its own unique genre, with styles like Dixieland and early swing developing in the first few decades of the 1900’s. Swing quickly grew in popularity, and by the 1930’s had become the main pop music of the time. During and after World War II, jazz went through a major evolution, quickly splintering into many different styles. This marks a transition from pop music to “musician’s music”, a more complicated, intense style with many variations. Styles such as bebop, hard bop, cool jazz, and many more grew in popularity, as swing became outdated. By the 1960s, more complicated styles of jazz began to emerge, but there was also a revival of traditional jazz, which tended to be more audience friendly. Most importantly to this article, this was essentially when jazz began mixing with other genres like rock and funk, creating the fusion genre. Over the next decades, countless jazz and fusion genres were created, and today it can be hard to define the boundaries between many of these genres.

The history of jazz is so complicated because of its diversity, which is also a large factor in its influence in other music. Two people can say they like jazz music, and then find they don’t like any of the same artists. Over the last 100+ years, jazz has taken so many forms that there’s bound to be something there that most people will like, and especially something there that can inspire someone when writing their own music. Jazz harmony, rhythms, techniques, and mindsets have taken root in most styles of music today, and it’s very easy to trace most modern music back to jazz. For example, hip hop has an extensive record of sampling from jazz artists such as Miles Davis and Herbie Hancock (i.e. Cantaloop (Flip Fantasia) by Us3). Many classic rock bands cite jazz as their biggest influences, such as Led Zeppelin and Pink Floyd. Many early funk artists were previously known for jazz music (also including Miles Davis and Herbie Hancock), and many modern pop bands are made up mostly or entirely of jazz musicians, such as Justin Timberlake’s live band. This list could go on and on, covering almost all modern music, but the point is that if the music you like is so heavily influenced by jazz, maybe it’s worth looking a bit deeper into jazz.

If you’re interested in the history aspect or more examples of notable jazz pieces, there will be a multiple part article on jazz history uploaded on the Accolades website in the future.